27 Mar YOUTUBE CUSTOM INTEGRATIONS: WHICH IS RIGHT FOR YOU? 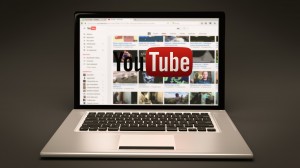 If you don’t know already, video is one of the best means of online advertising. As you’ve read on this blog before, we are very bullish on YouTube in the influencer space. An advertiser’s war for attention is at an all-time high and increasingly more difficult to win because there is an infinite supply of content online and so many sources vying for attention. In 2017, YouTube once again has proven to be one of the best platforms at capturing attention and it’s also proving to be a winner for influencer marketing. Not to mention the fact that it is one of the best platforms for advertisers to easily measure the efficacy of their campaigns.

If you plan to run a YouTube influencer campaign you need to understand what sort of campaign to run.

In this post, we’ll look specifically at the different options available and pose the questions you’ll need to ask in order to determine which option is best for you.

When starting a campaign you have two options: a dedicated video or a plug.

To decide which is best for your brand, begin by evaluating your objective. Are you planning a campaign with a short-term goal in mind, such as leads, sales or visits to your site? Or are you looking to create an authentic piece of content that offers value to the audience and aligns and integrates your brand into the message of the channel?

If you’re looking for something short-term, go with the plug. Costs are anywhere from 25%-50% less than a dedicated video, and you get more of an “advertisement” with a strict call-to-action in the content. We’ve had tremendous success including advertiser-provided b-roll with a voiceover done by the creator and mentions of the brand and offering in the video itself. Often this runs in the beginning of a video. as we did with one of the first segments of a Vlog (think blog with a number of topics but in video form). It doesn’t take much time, which everyone loves, and your story is told in :45 to 1:30 seconds. We did a Mother’s Day campaign for a large online floral retailer and it was a huge hit as the husband on the channel discussed the beautiful flowers (the plug included a beautiful shot of the flowers) he received for his wife and mother of his children.

In all other forms of digital advertising, you *may* get a few seconds to grab your audience’s attention with a banner ad, a “bump,” AKA a 6 sec pre-roll on YouTube, pre-roll on YouTube or a text link from search. We have found much greater success in getting the creator to voice an advertiser’s message with imagery in the background or by having the creator talk about a brand’s products authentically and then mention the call to action! In both of these instances the sell is less overt and blends more seamlessly with the creator’s own channel.

If your objective is to create something of educational value, then a dedicated video is the best option for you. The best way to approach this is not to force your vision down the creator’s throat. First off, it’s not likely to work (creators know what works best and resonates with their audience), and second, they probably won’t go for it. Instead, begin by informing the creator about the specific product to be featured and have the creator bring ideas to the table. You’ll be pleasantly surprised. Often creators with a large number of subscribers receive active comments on their posts, many of which include suggestions for future videos, and if your product / message matches a suggestion, you could already have a dedicated video just waiting to be created that will align perfectly with its intended audience.

Dedicated content will earn you a mention such as “thank so and so for sponsoring this video and supply the product within,” but it’s not salesy; it’s authentic, and you get to leverage the trust the creator has built with their audience. An example would be an auto parts company that wants to feature its brake parts. Have the creator fix one of their vehicle’s brakes and use the part. The audience will learn how to fix the problem (why they may be watching anyway) and your part is what they’ll remember when they have to fix the problem themselves one day.

For both opportunities, the creator should place a link in the description and you should create tracking to measure direct visits from the video. But don’t look solely at the tracking to measure a video’s efficacy. Dedicated videos are not a short-term message or intended solely for an immediate need a subscriber has when watching. You may have some subscribers who receive the message and have the immediate need or desire for a purchase but there’s another part of that audience on which to capitalize for a future sale which the video has already sewn the seeds for. The total value of the video will not show up at the end of 30 days. Value will accrue beyond the direct clicks from the video.

Each way is effective in its own right but make sure you know your objective before making your decision so you can maximize your potential in this growing influencer market.