23 Apr What Will Advertising Look Like in the Future? 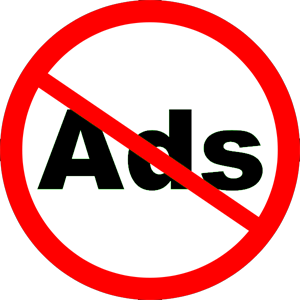 I love thinking about the future. After working in advertising for the past seven years of my life a question that naturally pops into my head every single day is “what will advertising look like in the future?” This is rapidly becoming a more frequently discussed topic and is becoming
increasingly controversial as technology that eliminates the requirement for a content consumer to see ads is being adopted at faster rates than ever before.

I remember the first time I heard about TiVo, which is what I consider the original ad blocking (skipping) mechanism. TiVo flaunted that using their digital recorder you could save your shows and with the click of a button, skip through ads during the replay so you would watch your show with much shorter interruption. What I never thought about as a consumer is how this is impacting the ability to profit from this ad revenue. While at the time it likely had a minimal impact since the ads were already sold, the notion of consuming content without viewing the advertisements that paid to support the content has grown tremendously over the recent years, especially on the web.

I believe the next iteration of ad blocking was created in response to the overwhelming number of popup ads sites were using. These ads were often very flashy and sometimes would even autoplay audio. What was most confusing was when an ad would “pop under” a site and have auto playing audio that gave no indication of where the voice was coming from (often congratulating me on being today’s winner!) This madness had to stop and as a result, the phrase “pop up blocker” became a household phrase. Of course, while these ads were frustrating and intrusive the audience blocking them paid little to no thought about how these ads were paying for the sites that they freely consumed.

Even after blocking pop ups and skipping ads on your TV, we still have banner ads right? There’s also Facebook ads, pre-roll video ads, mid-roll video ads and ads in stream on Twitter.  However, there has been technology around for almost a decade that can empower the web consumer to essentially “opt out” of seeing any of these ads. I’m talking about Adblock Plus and AdBlock browser extensions. These browser extensions are installable with a couple of clicks and have become the top extensions installed on popular browsers.

Digiday recently published an article that states that “Ad blocking is every publisher’s problem now.” They cite that the number of users blocking ads on the web has skyrocketed to 144 million monthly active users and growing according to Adobe. They go on to say that the number of users has more than doubled in 2013 alone. While the users of ad blocking tech was and still is mostly limited to a tech-savvy millennial consumer, these blocks are starting to impact an increasing number of non-tech related publishers such as sports, entertainment and business news. This data implies that the word is out about ad blocking and given just a little more time the number of non-tech savvy users who are blocking their ads will continue to grow.

This issue is really three pronged; we have advertisers looking to pay to be in front of their target audience to express a message, publishers who need to generate revenue to produce content and finally the content consumers who want to continue to access content without payment and without invasive advertising. So where do we go from here?

Let’s go back to the origins of “ad blocking” to see how advertisers coped. Around the time of the mass adaptation of the Digital Video Recorder (generic TiVo) the ad skipping problem for the TV market was met with an opportunity to incorporate the advertisers product into something that could not be skipped over – the content itself. Hence, the advent of product placement that we still notice strongly today in major TV shows and even movies.

The real question comes down to how well publishers can scale this approach with their content – can the content and advertising income source be married without sacrificing the quality and integrity of the work? Digiday quotes Chris Altchek, CEO of Mic who said “Ad blocking is up because millennials are patently rejecting interruptive advertising. That’s why we partner with advertisers to create meaningful stories that users seek out instead of go out of their way to block.”