According to Tint, User Generated Content (UGC) is defined as any type of content that has been created and put out there by your audience. It involves the act of users promoting a brand rather than the brand itself. UGC can come in the form of pictures, videos, testimonials, tweets, blog posts, and everything in between. User-generated content is all about the audience. They’re unpaid to make this content and do it for varying reasons. It could be to share their brand experiences, connect with like-minded peers, or to potentially win something.

The integration of user-generated content invites any and all customers to become advocates for your brand and product, essentially doing the selling for you. The power of these brand advocates can exponentially increase organic brand exposure.

How Influencers Can Help

Including influencers to a user-generated content campaign can kickstart the movement and encourage their loyal audience to follow suit. It only takes a few well-selected influencers for a campaign to snowball into virality. Once brand awareness has been increased through influencer sponsorships, it’s important to engage your new audience to keep them interested in your brand. A consistent, enlightening and rewarding content strategy will engage fans and encourage them to share your brand with peers. Your growing community will keep coming back for more content. Ultimately, increased brand loyalty and customer lifetime value will give a rewarding return on investment for many years to come.

There may not be a brand as ubiquitous and globally recognisable as Coca-Cola – a result of their consistently brilliant marketing campaigns. Coca-Cola’s ‘Share A Coke’ campaign was no exception. The soft-drink brand introduced personalized bottles and the world went crazy for them. Bottles were released in every different destination with various names printed on the label in place of the famous logo. To increase the campaign’s momentum, customers were encouraged to share pictures of themselves enjoying their personalized coke bottle on social media using the hashtag #ShareaCoke. The result? The customer’s social media channels became a free advertising platform for Coca-Cola. 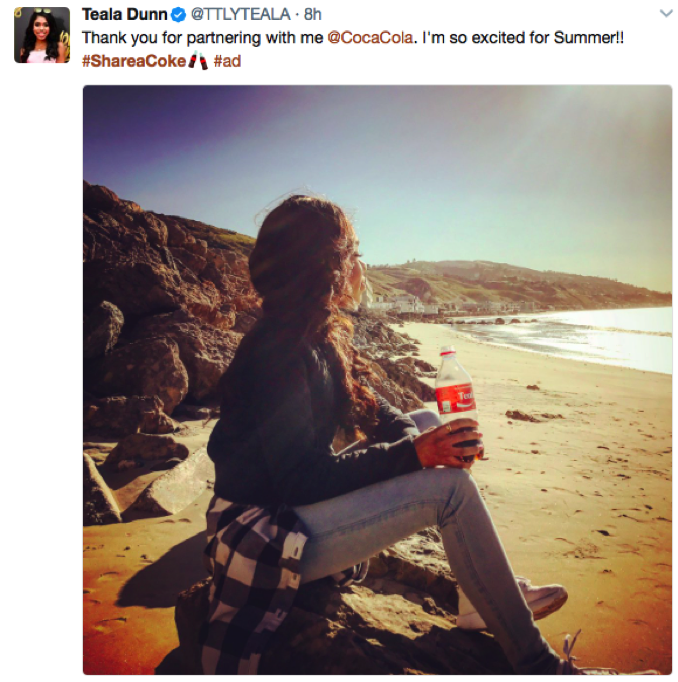 Coca-Cola’s use of influencers in their #ShareaCoke campaign.

Apparel brand Calvin Klein launched a viral campaign with the help of famous influencers and a simple branded hashtag. This digital campaign started with celebrities sharing images of themselves wearing Calvin Klein clothing with the campaign hashtag #MyCalvins. Prominent names like Justin Bieber, Kendrick Lamar, Joey Bada$$, Abbey Lee and Kendall Jenner were endorsed to take part in the campaign.

The campaign now has just under half a million photos on Instagram hashtagged #MyCalvins. That’s an impressive amount of user-generated content! These unpaid, authentic posts endorsing the brand are an effective way to resonate with Calvin Klein’s target market. However, without the branded hashtag celebrity backing at the beginning, the campaign may not have been able to get off the ground.

The campaign has dramatically increased Calvin Klein’s growth on social platforms. Since the campaign launch in February 2014, their Facebook has increased by 2.2 million followers, Instagram by 1.8 million and Twitter by 1 million. 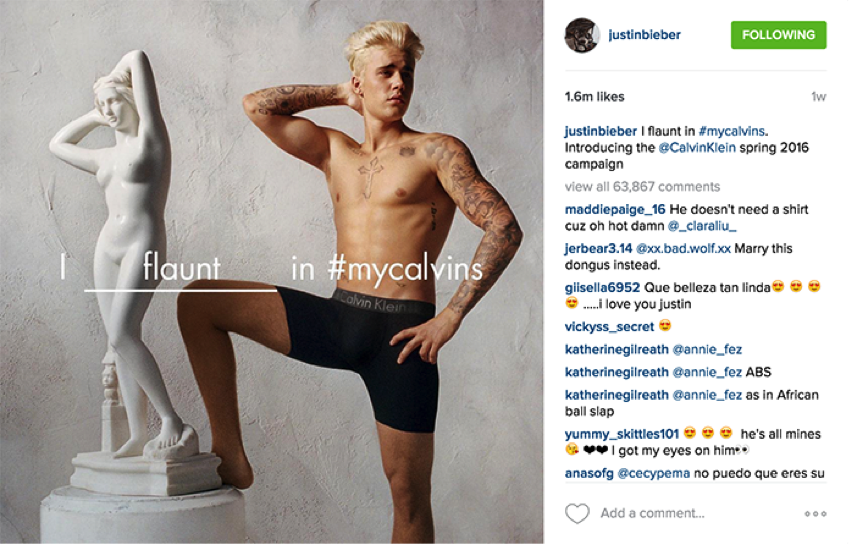 User-generated content brings audiences and brands together instead of marketing being an “us” against “them” situation. Rather than brands constantly trying to win consumers over through pushy sales tactics, brands can keep in touch with their audience on a personal level. This means the brand stays at the forefront of minds. We’ll definitely be seeing much more user-generated content in the coming years as more brands learn to tap into the power of their audiences.