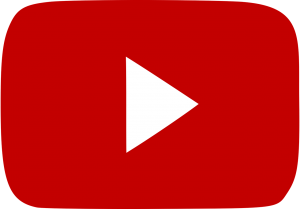 Influencers has become such a worn out word. We prefer creators, because what are they? Content creators. YouTube content creators are becoming more influential as the platform continues to expand its hold on the most dominant video platform on the planet.

Among millennials, YouTube accounts for two-thirds of the premium online video watched across devices.  The time people spend watching YouTube on their TV has more than doubled year over year. That is a lot of attention.

But YouTube really isn’t known for having professional content the same way Netflix or Amazon are. Certainly not HBO. They’re known for having personalities who have built communities through blood, sweat and tears and the platform is full of these “influencers.”

The really good ones are the most authentic. They have to be. There is no shorter feedback loop than publishing a video and seeing comments pop up instantaneously. If an influencer compromises his/her credibility by becoming a shill for a brand, they will hear about it from their audience, lose subscribers, and suffer reputation loss. And their entire channel is built on reputation.

So let me get back to why I see YouTubers as being so powerful. We work with a very large creator in the automotive space. He creates fantastic how-to videos, that help viewers save time and money. The videos integrate products to complete a project, and this creator takes a no nonsense approach to how he approaches a project, ie a brand tries to put themselves into the video more than is to his liking, he won’t do it. This is why his channel is growing as quickly as anyone’s in the vertical: the credibility.

A store manager at one of the major brands sent him a message that a customer came into the store and said they watch his videos because it saves him time and money, and lo and behold, he was there to buy parts.

That is the true power of YouTube. I believe it’s where TV and influencer marketing meet. It’s like TV in that it’s video. Influencer Marketing because it is a trusted person who has significant influence on his/her community, and because it’s the 2nd biggest search engine, it’s a search engine too! That means views will accrue in perpetuity. But that’s not the purpose of this quick post.

I believe the power of YouTube is truly limitless at this point. Facebook is making a run at them and touting their lofty video metrics, but as seen lately, be careful what you believe. Facebook is not known as a video platform; that’s all YouTube is known for.

So, as video grows, viewers grown, and video continues to be as accessible from every device under the sun, you should probably start looking at YouTube content creators if you’ve achieved diminishing returns from your other marketing spend. People are watching videos and as per my example above, taking actions.

What other form of influencer marketing allows you to build an emotional connection with your audience or integrate your brand seamlessly into an informative piece of content that is being told by someone beloved and trusted in your industry?