The Next King of Native Advertising

09 Jun The Next King of Native Advertising 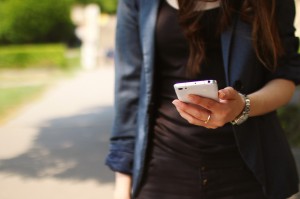 Mobile changed the game. Prior to smartphones and billions of individuals being connected via “computers-in-their-pockets” at all times, display advertising and search dominated the internet. Publishers acquired large followings which led to a huge number of page views which led to an even larger number of impressions served, and that was pretty much the show in town in online advertising (other than search ads on Google). Ad networks cropped up, began collecting information on users, and then sold that data to advertisers. Advertisers could then go directly to the audience and didn’t have to invest large amounts of money on any specific publisher around “quality content” to reach an audience. Mobile also took Facebook to another stratosphere and “the feed” on a user’s wall became another example of advertisers serving ads directly to consumers.

Display ads sucked on desktop and PCs and even more so – to the extent that it’s possible – on mobile, where limited screen size made for a horrendous user experience. And we know how that story has played out.

The antidote to unwanted display ads has been ad blocking software which has been on the rise ever since its inception, and now Chrome, which will decide which ads are crappy and remove them from the browser.

As a result, native advertising was born. Native advertising is a sponsored unit that fits in with what the user is used to. So, with publishers, sponsored posts were articles or blog posts which had the look and feel of editorial; sponsoring posts on Facebook or Twitter was another example of a native advertisement in the feed, and the results, as to be expected, were strong.

About this time, “influencers,” those persons who had attained a large audience on their blog and social media, and for this post, we’ll lump in YouTube channels with social media, saw the value of their real-estate (ie post on their feed) skyrocket as the perfect storm – mobile, large, loyal followings and valuable real-estate – came together. And that explosive growth essentially began around 2012, when mobile really took off.

In the era of mobile, blogs became less important while social networks, those destinations that help us fill the dead spaces in our day, reaped the rewards. I mean, Facebook has 2B people on its platform. Twitter, a service that gets killed by Wall St daily, has just 300MM. That’s still a ton of people. Snapchat is at ~150MM DAU (daily active users) so even “small” social networks are still larger than nearly all website unique traffic pre-mobile.

Native’s explosive growth bore fruit on social networks, but those opportunities were primarily an image with a short story around it, and a link out to the brand’s page where allowed (not allowed on an Instagram post itself). That was great, and effective, but other than certain industries (eg food, beauty and fashion on Instagram), limiting.

I predict the new King of Native Advertising will be YouTube. Stories are why we buy things and what we tell ourselves in order to justify our purchase and there is no better storytelling vehicle in the influencer space than YouTube. The host adds a personal touch, speaks to an audience, and actually has the time and audience’s attention to tell the story. The last part of that sentence is crucial; attention is what all advertisers are after. Sure, a picture of a product can work on your imagination, but it’s ephemeral; however, a product included in an original video is a story that will resonate.

And that’s why I believe brand-safe, custom integrations will shortly become the King of Native Advertising. There is nothing really like it. Stories can be as little as :45 up to 15 or 20 minutes depending on video type, and then users can click to the brand’s landing page from the link in the description. Our experience has shown that those who click from the video are pre-qualified when they reach the brand’s site.

Now, identifying channels you want to work with, understanding what a deliverable should look like and ensuring your fee is commensurate with the value delivered is a time consuming process and somewhat of a science, but there are resources to help you in each area. InfluenceSTARS is a data driven platform that helps buyers make informed decisions on channels they want to partner with, and does so at scale. Or, it can be done manually.

But, regardless of whether you go it alone or use a platform to simplify most of the process, if you haven’t done it yet, now is the time to allocate resources to the King of Native. You’ll be pleasantly surprised by the results it yields.