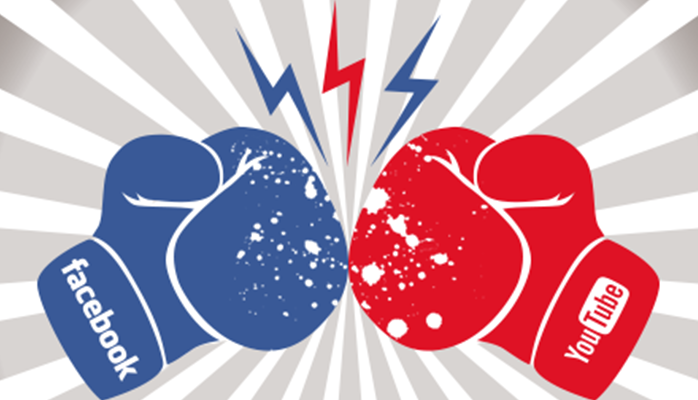 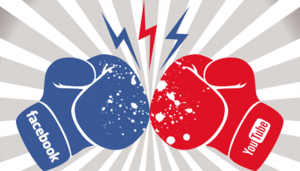 There’s a massive battle in the ad world right now as TV viewers continue to decline. In days past, the easiest and most efficient way to reach a large audience at scale was to spend dollars on TV ads. There were several players in the space including TV networks, cable conglomerates and shows themselves working to convince the advertisers that they were the right place to spend their TV ad spend dollars. One thing was always certain though, TV would get the majority of advertising dollars spent.

Obviously, times have changed and the internet is garnering more eyeballs and attention than ever before. This led to the introduction of several new ad types, mostly banner ads, that were similar to what you would see in a magazine or in a newspaper. As internet speeds grew faster and broadband became more ubiquitous in US households, younger generations started to consume more and more of their video content online in some form. The most common form that comes to mind is usually Netflix. Since Netflix’s business model is solely driven on subscription revenue, this takes away a lot of the advertising opportunities that would have been available for brands trying to reach this audience in video.

Other than Netflix, younger consumers are consuming video content online in other forms as well, mostly on YouTube. At its inception, YouTube was used for people to upload content to share with others. This medium was open to anyone and initially I had predicted that because any Tom, Dick or Harry with a cheap Flipcam could upload content, it would be a cesspool of junk (mixed with pirated commercial videos.) To an extent, my prediction was correct – but one thing I didn’t see coming is the number of very passionate and talented people who would look to YouTube to start their own channel talking about their passions or educating others. In the early days of YouTube, there was really zero incentive to do this other than for the fun of love of doing it since there was no organized way to monetize these videos.

Let’s fast forward to 2017. YouTube is the #2 most used search engine, second only to Google itself. There is so much helpful content on YouTube that people are using it to find solutions to their problems instead of looking up a text-based solution in main search. Google has cleaned up the platform so while people can still share less-than-well-produced content, the likelihood of pirated content staying on the platform long is minimal. Additionally, the platform has a streamlined advertising platform for publishers to monetize their work and the following that they have built up over the years.

Video is an expensive file type to host and serve to end customers. This begs the question how and why YouTube / Google is able to do this for free. The answer is twofold. YouTube is using their ad platform to serve banner ads, sponsored video suggestions on the video pages and video results pages and is also serving video ads before (and sometimes in the middle of) a video play. Even with all of this, it’s possible that it’s still not a profitable endeavour for Google, which brings us to their second set of intentions.

As mentioned earlier, eyeballs that were previously spent on TV are rapidly dwindling and shifting their attention to video content online. To date, YouTube is the #1 player when it comes to attracting these eyeballs and they are going to do everything they can to maintain their early dominance in the space so as TV ad dollars continue to shift to online video platforms, they will be the #1 player. However, they have to sleep with one eye open as Facebook is quickly realizing the lucrative opportunity that YouTube sees with video inventory.

In the past year, Facebook has attempted to become a more prominent player in the video view competition by giving a massive advantage in their news feed algorithm to video content. As a result, when people or pages would post video, this content would reach more of their friends or followers than any other post type normally would because Facebook wanted to demonstrate to investors that they could quickly become a top player in capturing video views eyeballs. In fact, they even went so far as to quietly offer better deals on ads businesses were running if they ran the ad as a piece of video content to further bolster these numbers.

One major concern I always had for Facebook in their attempt to become a larger player in this space is that to find video content, you had to already be following the page that put it out or have that piece shared with you by a friend. How would they become the player YouTube built themselves up to be if there was no home base to search for or discover the video content that is so valuable to their future?

Facebook answered that question this week, at least on their mobile apps by adding a “Watch” tab for some users. The app takes the angle of allowing its 2 billion monthly users to discover videos that their friends like. In addition, Facebook is going to offer the ability to watch live sports content and tune in to content from major partners such as MLB, A&E and National Geographic. While this is a limited test release, Facebook intends to release this to all users in the coming weeks as well.

Facebook has 2 billion users per month opening it up to take advantage of its social networking capabilities. By comparison, YouTube only has 1 billion monthly users, but they are there solely for the video content and established vloggers, YouTube influencers, etc. This is Facebook’s first warning shot over the bow that they intend to use this new hub to garner the video-focused consumers that are already on their platform for social networking purposes. If they are able to start delivering serious views on their content this just may be enough to court these influencers over. To date, most influencers who have their following on YouTube have some kind of presence on Facebook where they point their followers to go to YouTube to see their latest video. This new approach may lead to more of these influencers syndicating their content onto Facebook at the very least and, potentially in time, jumping ship from YouTube if Facebook can offer them more views and better advertising payouts.

There are many doubts that this product will deliver as well as Facebook is hoping and touting that it will. First of all, there is always the ever present risk that the influencers with the large followings will not move over from YouTube to Facebook. Another concern that Re/Code raises is will videos on Facebook be included in Google search results the way YouTube videos are? Much to the chagrin of anti-trust regulators, we have seen time and time again that Google is incredibly protective of their search result pages in any way where they show results from Google products above organic listings. With Google as the #1 largest search engine funneling traffic to its partner property YouTube, why would they give Facebook an opportunity to garner market share at their expense?