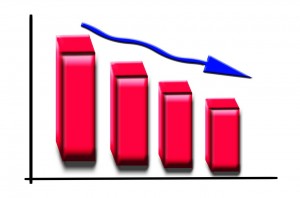 The backlash from the recent YouTube ad scandal is causing unforeseen collateral damage to many content creators who have abided by the rules but are subject to the whims of the almighty algorithm. A recent NY Times article highlighted channels that have built a large following on YouTube only to see their ad revenue fall off a cliff – a very steep one – as a result of the recent changes.

The move certainly raises a lot of questions that these influencers need to think about. The 2017 ad scandal is eerily similar to Panda 2011, and appears to be the first major algorithm update of its kind which is laying waste to plenty of channels that play by the rules but are victims of a non-human algorithm.

One thing no one knows is the inner workings of Google’s algorithm. The “algorithm” is most well-known for search, the dominant channel for content discovery in the PC and Desktop era. It ranked content based on signals it deemed trustworthy. Favorable signals pushed a site to the top of the SERPs (search engine results pages) while negative signals made sites a non-entity, sending many to cyber purgatory, where humans don’t seek or discover content. More traffic yielded more revenue (page views that could be monetized in a number of ways) whereas less search traffic meant less revenue you didn’t need to directly pay for.

The change we are currently seeing has less to do with subscriber count and video views, but monetization of said video views, which to date is done almost exclusively through YouTube’s ad platform. Channels can sell direct ads in pre-roll slots or the banner next to videos, but the reality of that happening for many is small to nil. Direct sales is difficult, the economics often don’t make sense for advertisers unless the channel is of significant size, and any resources the channel diverts from content could decrease the quality of video content which could have negative ramifications with the channel’s fans. The reality for most creators is they are wholly dependent on YouTube’s ad network for their livelihood. That’s a scary place to be when you are doing everything correctly and still risk being penalized because of decisions made by a non-human algorithm.

The aftermath of this algorithmic change is channels that have hired staff (remember, creating valuable video content has a cost, whereas writing text for a blog post essentially only costs time) are forced to lay people off, which in turn affects the channel’s ability to make content at all, let alone the volume their audience is used to consuming.

So channels, ie influencers, have difficult choices to make: create less-than-authentic content (an example would be toning down style or language) out of fear that at any time the algorithm may penalize them for any reason, or, they can start diversifying risk by not being so reliant on one source for revenue.

And that brings us back to the content itself, and in particular, the brand-safe nature of custom integrations. The content itself they have full control over, so there is literally zero risk the advertiser will be seen around content that is not brand safe.

The next and most important piece of the equation is results, even more so than having ads run around brand safe content if sponsors are really being honest with themselves; after all, the YouTube boycott only came after this had been occurring for a long time, but negative PR has a limit before matters come to a head, which is where we are now.

Right off the bat, custom integrations seamlessly tied into brand-safe content will give influencers another revenue stream and an insurance policy in case their ad revenue becomes collateral damage at the whim of Mr. Algorithm.

Custom integrations that tie a brand’s message into the content of the video perform better than ads. Pre-roll ads come in different sizes, from :05 spots where you can skip the ad, to :06 bumps, up to :30 non-clickable ads. Custom integrations on average run between :45 to 1:30, and flow seamlessly with the content. They’re also read by the host, which tells a better story and gives an additional air of familiarity with the audience.

Ad blockers – that pesky tool on the increase, cannot prevent integrations from being seen.

Over-reliance on Google has been a very precarious position to be for many businesses. Google is not perfect, and addressing the issue of sponsors’ ads running on unsafe channels is a difficult issue to remedy with the scale they have to deal with. 300 hours of content is uploaded every minute on YouTube!

But channels that have built businesses don’t need to create content now in constant fear that one day it could all be over in a second if they play by the rules. They can focus on a different revenue stream by selling directly or partnering with influencer marketplaces (like InfluenceSTARS), so their business doesn’t die the next time YouTube’s algorithm decides to make a tweak because it can’t properly infer the meaning behind certain words.